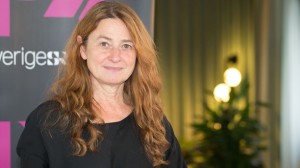 Biography Director:
Kristina Lindström is a renowned Swedish documentary film maker. She is also a writer and journalist. Kristina Lindström has worked at major newspapers, as well as the Swedish public service radio and television companies. Her first feature length documentary ”Palme”, which she directed together with Maud Nycander, was a huge theatrical and broadcast success and it received two Guldbagge Awards (Sweden’s Oscar’s).

Kristina Lindström’s three-part documentary series about Astrid Lindgren was a tremendous success when aired on SVT during Christmas 2014, with an average share of 34.5% of all viewing.

Kristina Lindström has been awarded with Sweden’s Grand Publishing Prize and The Carl von Linné Plaque for her work.
Filmography as Director:
Astrid (2014)
Palme (2012)
Wonderboy (2002) 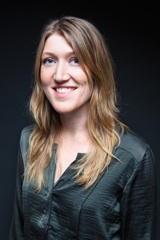 Karin Ekberg was born in 1979 in Stockholm. She studied at the Dutch art academy AKI where she received a degree in photography in 2003. She also has a master’s in journalism from JMK at Stockholm University. Karin has since worked in the media industry as a journalist, project manag- er and communicator.

During a course in documentary lmmaking at Birkagården (2009/2010) Karin started working on her debut feature lm A separation. It was further developed during the workshop Twelve For the Future, and the graduate course Documentary Film Dramaturgy at the Stockholm Academy of Dramatic Arts. The lm has been selected for the of cial program at CPH:DOX 2013, and will have its Swedish premiere early spring 2014.

Presently Karin attends the second year of a 2-year master program at the Valand Academy Film in Gothenburg. She is also developing her next documentary An Angel in the Family (work- ing title). Read about Karins process with her debut lm in Samtal pågår, a publication from Stockholm Academy of Dramatic Arts. 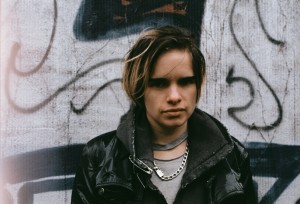 Lisabi Fridell is a cinematographer with strong integrity and high artistic ambitions. Lisabi’s work is unconventional. She always founds her work based on the story with the aspiration to tell it in a unique and interesting way. Experimenting with different techniques, colors and shapes to innovate the film if it can bring something extra to the story.She prefers to work in close cooperation and influence in the whole process. Lisabi lives in Berlin, but also has a base in Stockholm. 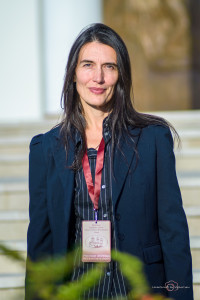 Jelena Mila is founder of SNOWE – Women in Film Creative Networking; Swedish – Serbian actress and producer who has worked extensively in the film and theatre like The National Theatre in Belgrade and Royal Theatre in Stockholm – Dramaten. Experienced in both the creative and business ends of the theatre and film industry through her own production company, M.A.M.M.A. production, she has written, directed and produced several theatre and film plays. She founded and successfully running Balkan New Film Festival BaNeFF in Nordic lands. Her latest published drama after theatre play with the same title Iron Worrioress – Women Volunteers in First World War and other Balkan Wars, was given in four languages in Serbian, English, Swedish and Norwegian. Film based on the theatre play, with the same title is in post-production.

She lives and works between Belgrade, Podgorica and Stockholm 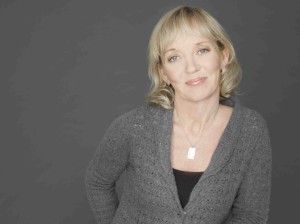 Asta Rantanen – SNOWE Project coordinator Swedish Institute. The Swedish Institute is a public agency. We promote interest and confidence in Sweden around the world. SI seeks to establish cooperation and lasting relations with other countries through strategic communication and exchange in different fields. Our work with Sweden’s image abroad and our activities in international development cooperation go hand in hand. The overarching goal is to create mutual relationships with other countries around the world.

My field is film and gender equality in film, focusing on promoting female filmmakers and women’s stories, children’s cinema, LGBTQ-films and Raoul Wallenberg.