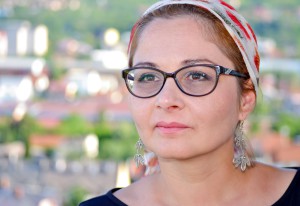 Marija Dzidzeva is film director, born on 24.12.1970 in Gevgelija, Macedonia. She graduated Macedonian Literature in1994 and Film and TV directing in 2000. Author of short and documentary films:

“Look at the life through eyes”(2008), documentary film 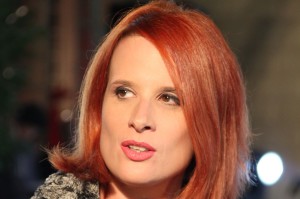 Student of postgraduated studies (PHD of scriptwriting) at Faculty of Dramatic Arts, Belgrade-University of Art Belgrade

Director of first montenegrian feature movie, after fifteen years »Packing the monkeys, again« ( award for the best movie and best director at the Film festival in Novi Sad, 2004)

One of the directors of VILLA MARIA, the 170 episode, first Croatian telenovella, produced by AVA.

Motion picture LOOK AT ME as director and scriptwriter

Award for the best director, in section: First and Second Feature Film, at the Alexandria International Film Festival, Egypt 2009.

Award for screenplay at the preproduction fund of the Montenegro Ministry of Culture, (2006.)

Award for screenplay at the coproduction fund of the Croatian Ministry of Culture, (2006).

Motion picture PACKING THE MONKIES, AGAIN as director and co/scriptwriter

Bronze medal for directing in the International Selection of the Bar Television Festival, Bar, Montenegro, 2005.

Award for the best director at the Novi Sad Film Festival, Serbia and Montenegro 2004.

Columnist of daily news ‘Pobjeda”.All available on the net.

Over 400 published essays for the independent daily ‘Vijesti’. Many re-issued by the YU web portal. All available on the net.

Author and host of 53 episodes of the breakthroug television series ‘Cinema Matine’, aired on the first, all digital, TV network TV IN, Podgorica, Montenegro, focusing on the so-called ‘art and cinemateque film’. 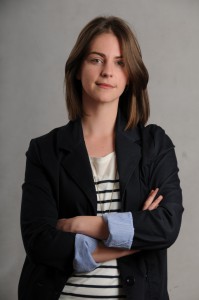 Jelena Mišeljić (1987, Dubrovnik, Croatia). Graduated from Faculty of Drama Arts in Montenegro. Worked on several film projects in Montenegro as production assistant and production coordinator since 2008. In 2013, she started a film production company Cut-Up and was a producer of short films “Shelters” (2014, dir: Ivan Salatić), “A Matter of Will” (2015, dir: Dušan Kasalica). Experienced in video production, arts and culture project management, works as programme coordinator for film and performing arts festivals. At the moment, works on project “Under the Bridge, Between the Rocks” (in pre-production) which is her first feature film, as executive producer. 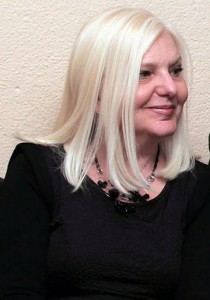 Professionally involved in the media environment since 1987. She started her career with Radio Belgrade authoring programs in the field of culture, as well as short stories and scripts for radio broadcasts. In 1989, she started working for Television Belgrade as a programs editor and scriptwriter. As a TV author, she has made over 70 documentary programs and films. For the past ten years, she has been working with the RTS Documentary Programs Dept. as a scriptwriter and director of films dealing with social issues.

1992 Sarajevo in a Storm -Documentary and Short Film Festival ,Belgrade 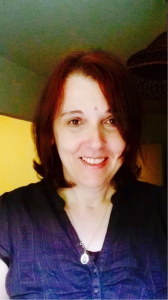 In 1987 she graduated World Literature and Theory of Literature on Faculty of Philology in Belgrade, where she received M. A. degree.

In 1995 she graduated Theatre and Radio Directing on Faculty of Dramatic Arts, Belgrade.

For several years she worked as Assistant Professor of Radio Directing, on Faculty of Dramatic Arts in Belgrade and at the University of Arts in Novi Sad.

2006. Co-writer of the screenplay for the film THE TRAP (Klopka), which was premiered at BERLIN INTERNATIONAL FILM FESTIVAL in 2007 and was shortlisted among 9 best foreign language films nominated for Oscars.

In 2013 she took part at the prestigious film festival SUNDANCE, UTAH, USA, where her film CIRCLES got the Main prize in the international program.

In 2013 she took part with CIRCLES at BERLINALE Film Festival in FORUM programme, where film got the Prize of Ecumenical Jury.

In 2014 she got main prize for screenplay of CIRCLES at Fajr Film Festival, TEHRAN IRAN.

In March 2015 she took part as script advisor at the Master class CONSTELLATIONS, in Warsaw, Poland.

In June 2015 she got prestigious German fellowship NIPKOW, for her new screenplay project as a work in progress, where she is engaged right now. 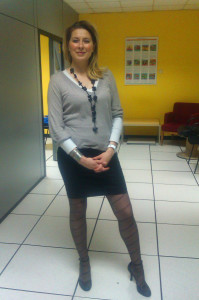 Employed in the largest national TV station of Radio Television Serbia for 17 years, where she works as editor on various types of programs, including feature tv movies. During 1997 she began to work on the Youth TV channel as an assistant editor, and a year later became an editor. In 2000 she had enrolled University of Dramatic Arts in Belgrade. Together with her class colleague Stevan Filipovic, who was director of the movie she begins to work on the feature film ”Sheitan’s Warrior” as a co-writer, the assistant director, executive producer and editor. As a first fantasy film in Serbia, 2006. it made a big success. The film has spoken a new language which was widely welcomed by younger generation and acclaimed by the professional community. ”Sheitan’s Warrior” has received a number of awards in domestic festivals and participated in a lot of foreigns one While the film ”Sheitan’s Warrior” was in production, Natasa Vranjes worked as an editor at National TV station, but in 2003. for a period of one year she went to work on TV channel B92. Following the success of the film ”Sheitan’s Warrior” along with director Stevan Filipovic, also produced by the company ”Hypnopolis” she begins to work on ”Skinning” where she was co-writer, executive producer and editor. The film ”Skinning” is socially engaged film about the abuse of young people in Serbia in order to survive corrupt political system. The film achieved great success. It was the most watched film in 2010. Natasa Vranjes received FIPRESCI award for editing at same year. In addition to her regular job like an editor and work on the film ”Skinning” she founded her own production company Film Industry in 2009. She was working on designing advertising campaigns, writing scripts for promotional films and as an executive producer and editor for music videos. 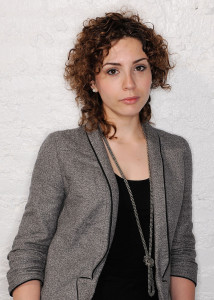 Mila Turajlic is a documentary filmmaker from Belgrade, Serbia, best known for her documentary ”Cinema Komunisto”, which premiered at IDFA and the Tribeca Film Festival, and went on to win 15 awards including which top prize at the Chicago Int’l Film Festival in 2011, and the FOCAL Award for Creative Use of Archival Footage. After studying political science at the London School of Economics, Mila specialised in documentary filmmaking at La Femis in Paris and worked as production assistant and researcher on series for the Discovery Channel and ARTE France, as well as gaining experience on fiction films (“Apocalypto” dir. Mel Gibson, “Fade to Black” dir. Oliver Parker, “Brothers Bloom” dir. Rian Johnson). Mila is currently in post-production on her next documentary, ”The Other Side of Everything” co-produced by HBO Europe and supported by CNC-Cinémas du monde and EURIMAGES. She is also finishing her PhD at SciencesPo, Paris and has been a guest lecturer at several universities (including the Sorbonne, University of Michigan, Harvard University). Mila produces the “Magnificent 7 Festival” of European Feature Documentary Film in Belgrade since it’s creation in 2005, and is a founding member of the Serbian Film Commission, serving as the President of the Board in 2012. 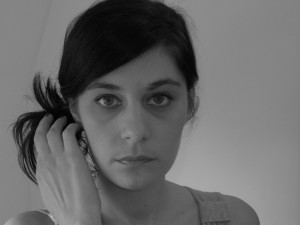 Labina Mitevska started her acting career as a teenager in 1993, playing Zamira in Milcho Mancevski’s Golden Lion award winning Before the Rain. In the years that followed she

In 1996 she entered into a successful collaboration with Michael Winterbottom. Following Welcome to Sarajevo they worked together in I Want You. For theseaccomplishments she was chosen as one of the Shooting Stars at the Berlinale in 1998. Her acting carrier continued around Europe, as she has filmed in Germany, Czech Republic, Turkey, Italy, Bulgaria, and Slovenia.

In 2001, Labina, her sister Teona and their brother Vuk established the production company SISTERS AND BROTHER MITEVSKI. Apart from finishing the production of The Women Who Brushed off Her Tears, their company just finished the short stop animation movie Alerik, animated and directed by Vuk. All their films are European

In 2007, Labina played the extraordinary complex role of Afrodita in I Am from Titov Veles, a performance that brought her a number of awards. In their last film The Woman Who Brushed off Her Tears she is playing.